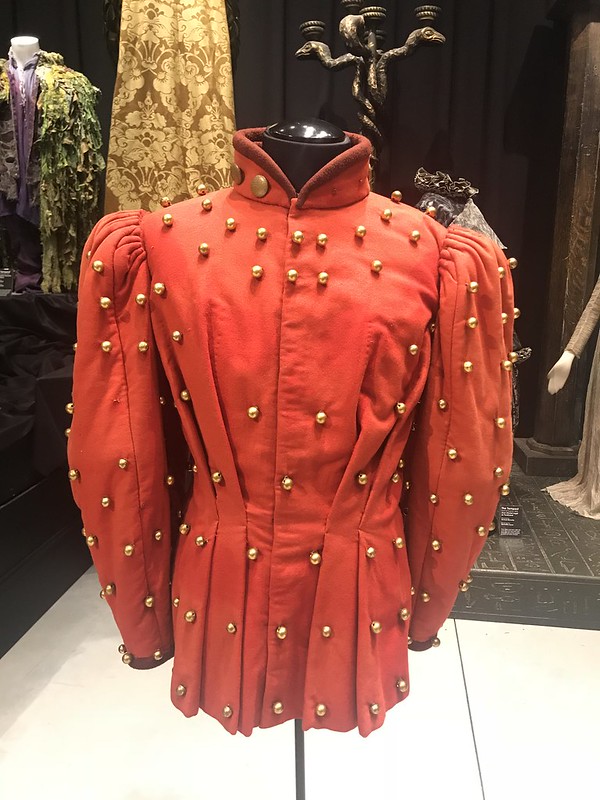 This is the famous jacket in the Stratford archive center. Which was worn by Christopher Plummer where he played Henry V at the Stratford festival in the 1950s. William Shatner who was Plummer’s understudy also wore this jacket when it was his turn to play Henry V one evening. This jacket is known as a famous relic to the archive center. 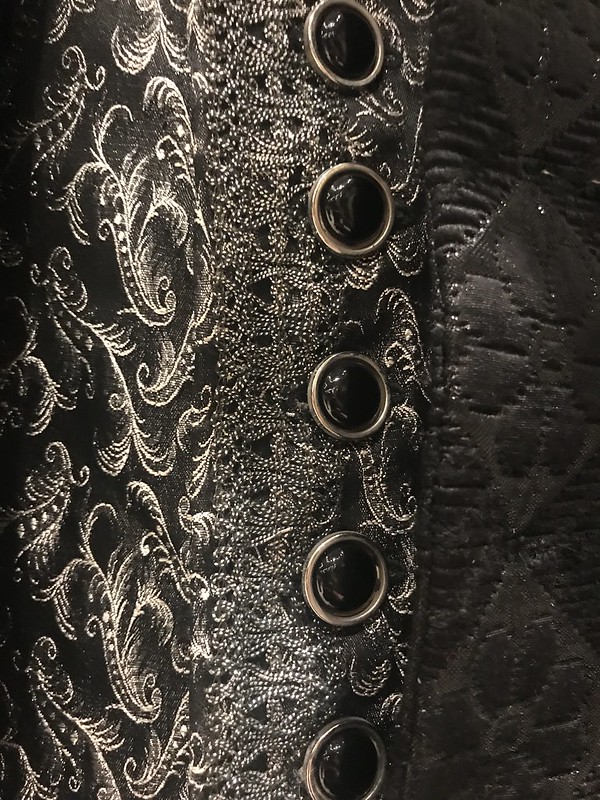 There were so many costumes we got to see on our Archive and Costume Warehouse tour. We learned that the costume designers create a great amount of detail to their costumes. For example this is a jacket worn for The Tempest. You can see how great the detail is by the buttons of the jacket and the feather like design on the body of the jacket. Each thread in this coat is thought out so carefully. 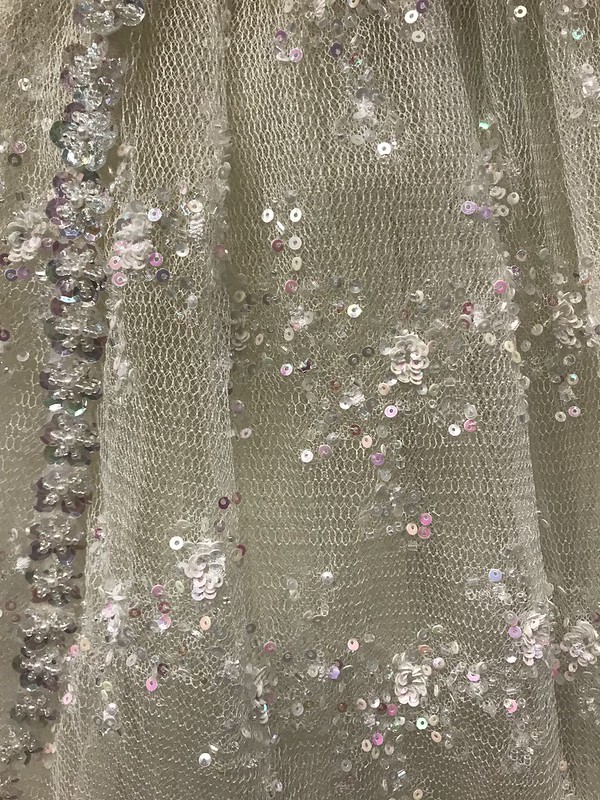 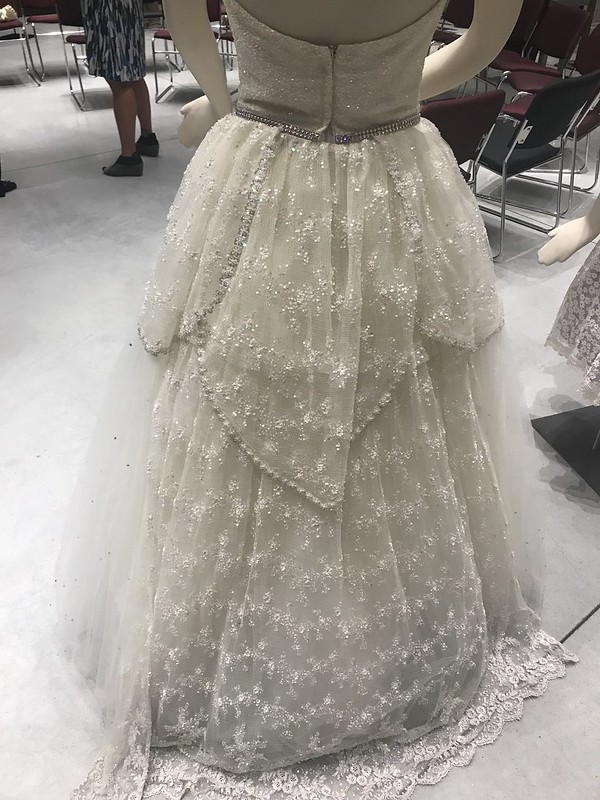 Another great example of the detail used in these costumes is this wedding dress which was from Taming of the Shrew. You can see that the small sequences come together to make a bigger pattern. Each sequence is so precise. You can see from the photo how lights on stage will create a shimmering look for this gown. Creating a calming yet animated ambience for the audience. 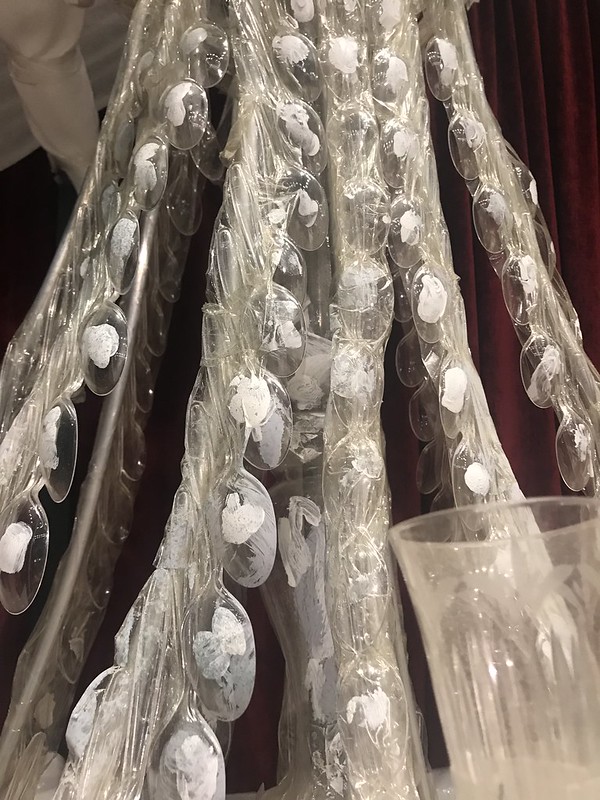 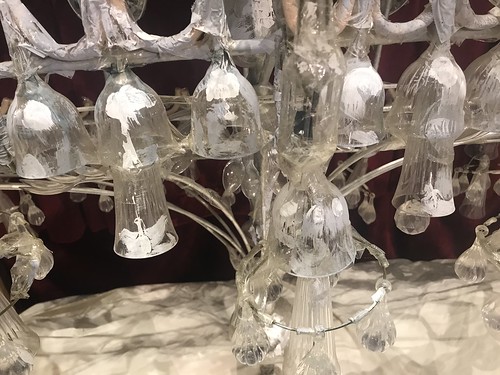 As well as costumes, there are intensive and unique props in the archive center. Here is a chandelier that would fit into anyone’s budget. It is made out of tape, plastic spoons and dollar store wine glasses. We were told that the props department has to be creative, and think outside the box to get a job at this festival. I would say that this chandelier does the job. On stage you would never know that this chandelier is made out of spoons. 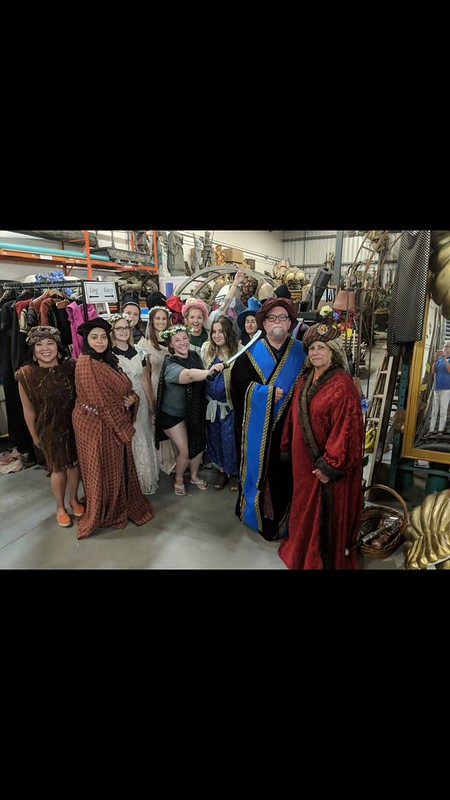 Lastly here is a image of our class getting the opportunity to try on different costumes during our costume warehouse tour. We all had a blast putting on different jackets and imaging ourselves in these roles that the costumes were made for.