Okay, the title is a little misleading, I didn’t really see dead people, but we did get to meet some of Stratford’s finest Ghost Tour guides, Euphemia and Edward, who really played the part (and they played it well). Having never been on a ghost tour before, I had no idea what to expect aside from of Stratford’s haunted past in some historical sites. Euphemia and Edward, our spooky tour guides (pictured below) began with the Thomas Edison cafe, where Thomas Edison himself lived upstairs in the quaint apartment above the cafe. Edison was only 16 when he lived in the space, obtaining the job of a telegrapher. When things went south, Edison left Canada never to return again. *enter scary ghost boo here* 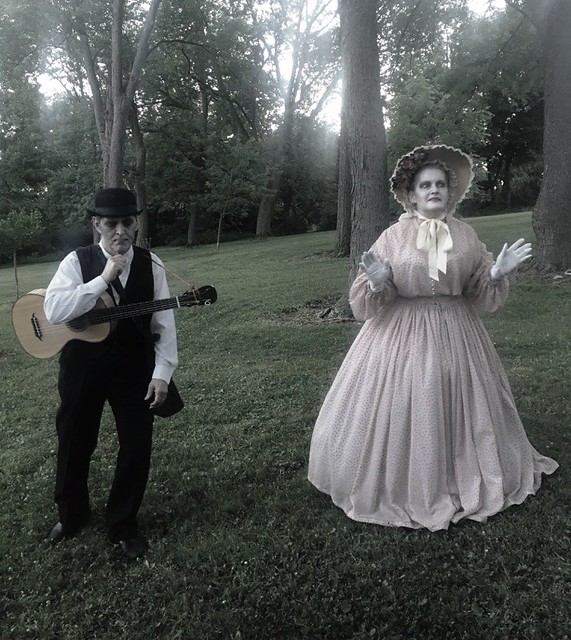 Our next stop on the tour was St. James Anglican Church. The church was grand and beautiful, having gravestones in the grass leading up to the main doors. As we stood eerily outside of St. James, Euphemia and Edward informed us of premature burials that took place back before modern medicine was introduced. Euphemia did a fantastic job of not leaving out any details — people bashing their skulls in trying to escape the coffin, bloodied fingernails, literally killing themselves after already being presumed dead, and cursing those who did so. She informed us of inventions to alert the living that the buried was, indeed, still alive, such as string connected to the coffin that could be pulled to ring a bell, or even telephone lines connecting to the cemetery’s office. Can you imagine calling a main office saying hello, yes, there has been a mistake… 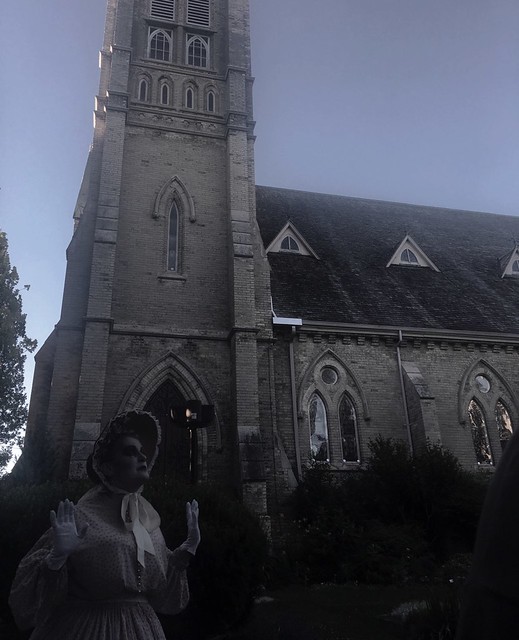 As we strolled through one of the residential neighborhoods, Euphemia told us about the homes here and their ghostly history. Looking at the homes, one would never think about a young woman taking her life, where her soul still lingers scaring small dogs forcing their owners to pick them up over the porch step, or about small children mistaking a ghostly figure for a childhood friend. 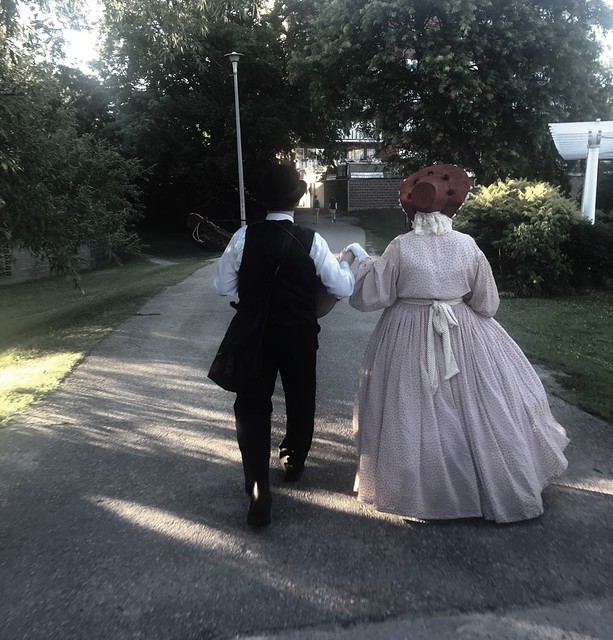 This ghost walk was not necessarily what I expected, but what can one truly expect having not experienced it before? I must admit, I enjoyed hearing the stories from Euphemia while her death ridden husband strummed away on his guitar to set the mood. Stratford is a remarkable town filled with history at every turn. It is only right to have the stories told as a performance!