Canadian money doesn’t grow on trees. I mean, American money doesn’t either, but ours is at least made of paper while Canadians use plastic. Throughout my time here in Canada, I’ve been able to adjust to this new currency and chat with Stratford locals to learn some tips and secrets. 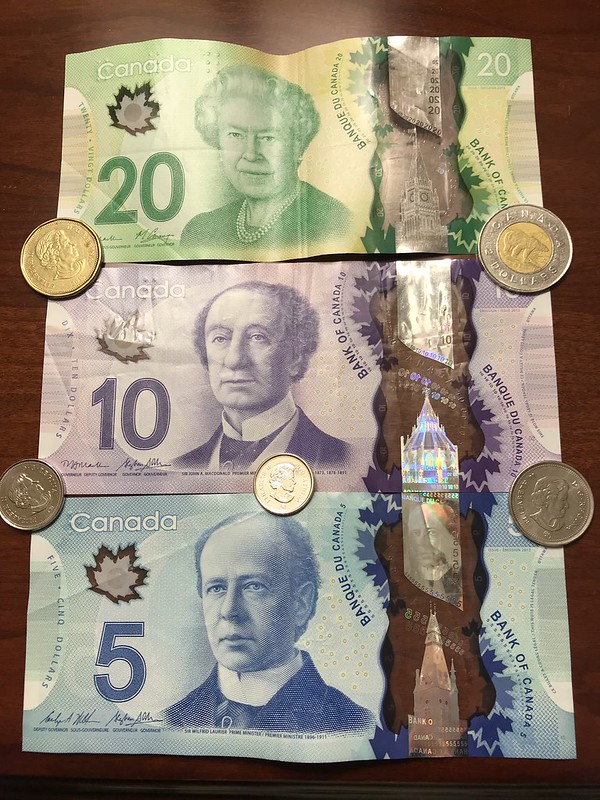 Pictured above is the front of Canadian money. 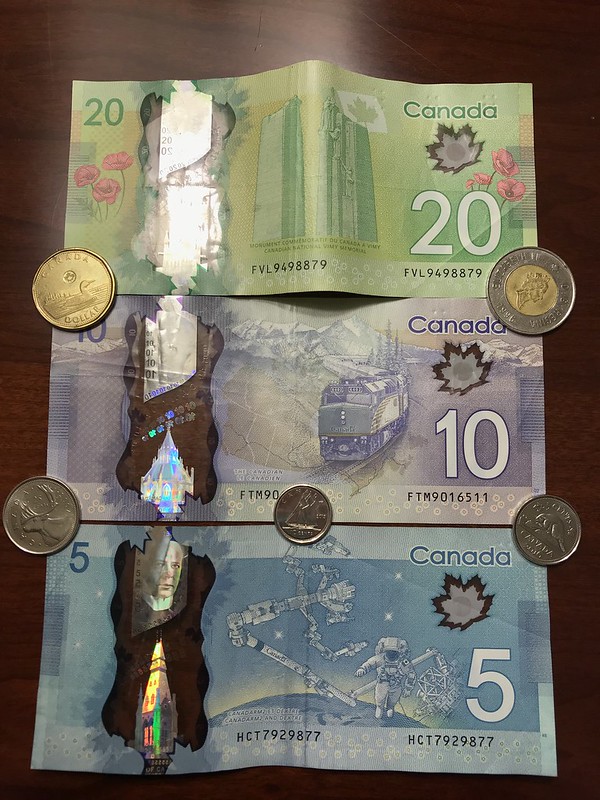 Pictured above is the back of Canadian money.

These two photos contain all of the Canadian money I interacted with. I’m sure there are larger bills, but I’m a broke college student, so the largest bill I had was a $20. One of the things we had to adjust to was the exchange rate, which worked in our favor. One American dollar is currently equivalent to $1.31 in Canadian. Because of the exchange rate, prices seem a little steeper, but they usually are not after you do the math.

Here are some of the interesting things I learned about Canadian money this week:

1.) It’s colorful, which to us makes it seem like Monopoly money. However, our cashier at Harmony explained that being colorful makes it so much easier to tell the denominations of bills apart. To Canadians, American money all looks the same.

2.) As stated earlier, it’s made of plastic, which makes it technically waterproof. However, our waitress at breakfast the first day warned us that they stick together a lot more when they are wet.

3.) Our waitress also warned us not to leave our money out in the heat. One time, a guy left $60 on his dashboard and when he returned, the money had stuck and he couldn’t remove it without ripping off the serial numbers.

4.) Without both serial numbers on the back, Canadian money has no value.

5.) The clear and silver strips make their money extremely difficult to counterfeit.

6.) If you look at the top of the silver strip, the face that is on the currency should appear.

8.) Our cashier at Harmony also taught us a secret trick for checking if the bills are real. Turn your flashlight on your phone. Hold it out at arms length with the flashlight facing you. Hold the maple leaf of the bill up to your eye. Look at the flashlight along the edge of the light. You should see a dollar sign and the denomination of the bill.

9.) Canada does not have pennies. To account for this, totals are rounded up or down according to typical rounding rules.

10.) Canada does not have singles. Instead, they have a gold one dollar coin and a gold and silver two dollar coin.

12.) If you want to pay with your credit card, they bring over the machine and you do it yourself.

I’m sure there are many things about this currency I’ve yet to learn, but these tips can get you started.