Stratford is the kind of town where a few days along it’s sunshine filled downtown, or a pleasant chat with its resident swans, will make any traveler feel right at home. As so often is the case, many towns and cities have one thing that they can claim is their greatest source of pride. In my hometown of Cincinnati, for instance, it’s chili spaghetti, or perhaps Jerry Springer. There are certain people who, just after looking at them, you can tell they are a big deal. You may not even know their name; you just see the person and think “I need to know your name.” Within minutes of her onstage presence, Martha Henry proved to me to be this person for Stratford. Her theatrical accomplishments are vastly numerous, and her experience in the theater world is remarkable. This was entirely visible for me the moment she stepped onstage in the Tempest, surrounded by crashing thunder and colorful planets.

Born Martha Buhs, in Detroit, Michigan in 1938, she arrived in Canada in 1959. By then, she had studied theater at the Carnegie Institute of Technology, and auditioned for the Crest Theater. She would later continue her training at the National Theater School of Canada. Her now legendary debut as Miranda in 1962 was the first of many roles to come at the Stratford Festival, where her name has become widely known. Look closely outside the Studio Theater in Stratford; you may just see the star that bears her name. 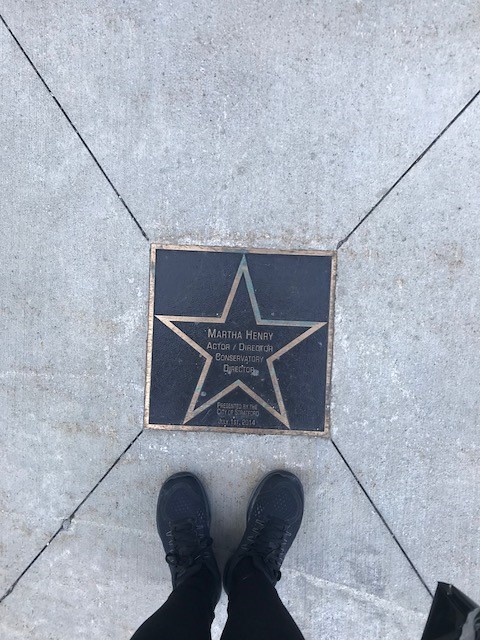 We were fortunate enough today to visit the incredible collection of archives for the Stratford Shakespeare Festival, a huge warehouse full of colors, costumes, posters, and memories. Our delightful guide, Liza, with her spirit and humor really brought the history of the archives to life. To view costumes worn by Hollywood legends like Dame Maggie Smith, and Captain Kirk himself, Mr. William Shatner, is enough to cause any nerd like myself to stare in star struck wonder.

However, after her moving performance as Prospero, I’ve found myself quickly drawn to any mention of Ms. Henry. When Liza mentioned the collection of photos of Martha at the front of the archives, chronicling her work, I was very excited to view them. Of course, no collection of photos of her expansive career would be complete without some shots of her famous first role at the festival. 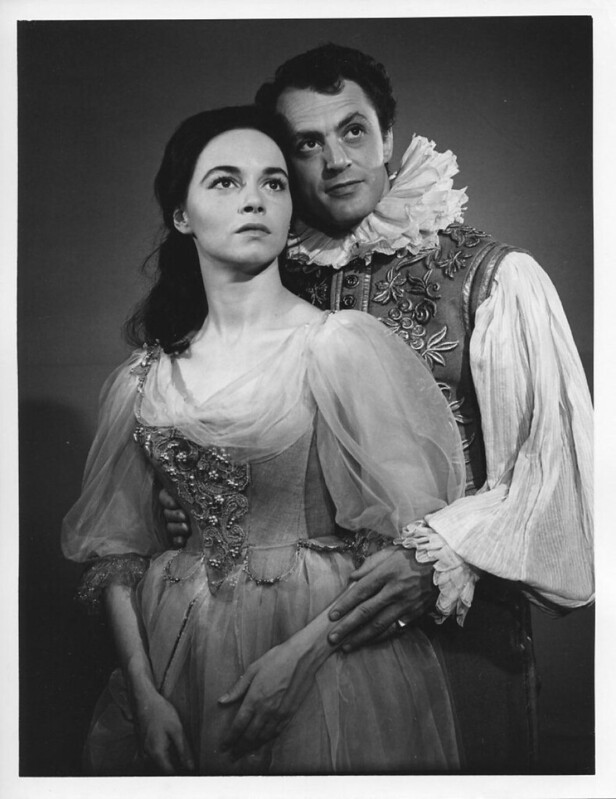 Given the age and sensitivity of the collection of photographs, I couldn’t capture any pictures of the photographs (I was lucky enough to find a few great shots on the internet! Yay!). However, the feeling remains the same. I’ve always had a fascination with old photographs of people I have found influential in my life; my room is full of them. I found it particularly invigorating to view these older photographs of a person who held her audience so spell bound, because it has allowed me to realize, outside of the dazzled haze I felt at first, that Martha Henry was once a lot like myself, and other women my age. That sort of ethereal feeling that you get watching her onstage remains, but you begin to view her performance in a new light, with a real sort of humanity at the heart of it all. Discovering more about Martha, and being able to say I’ve seen her perform, has proved to be a valuable insight into the human experience, and the gentle, loving wisdom that comes with maturity. 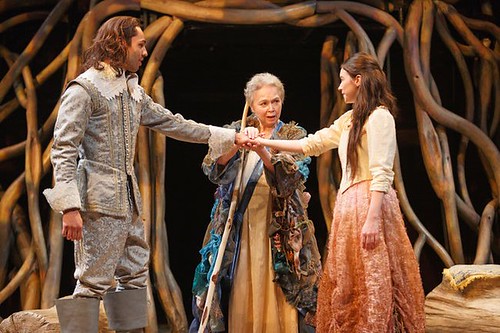