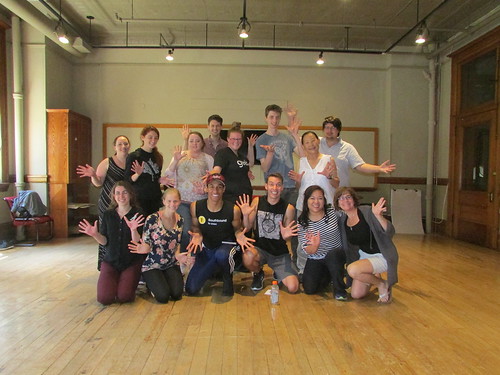 After dancing for a total of fifteen years, I finally got to experience the Broadway dance style. I have always wanted the experience but have never been able to try it until our trip to Stratford, Canada. One of our workshops was a singing and dance workshop working with two of the professional dancers from both Guys and Dolls and HMS Pinafore, Devon Brown and Nicholas Nesbitt.

Our group had seen Guys and Dolls and HMS Pinafore before the workshop and had high hopes of what to expect. We instantly recognized Devon Brown as the dancer who stole the dance numbers with his amazing solos and tricks. I was so excited to meet him and ask questions of the theater world through the eyes of a dancer.

The guys decided to teach us the choreography to the ending of the song Sit Down, You’re Rockin’ the Boat sang by Nicely-Nicely Johnson, Steve Ross. They picked this dance because it repeated a lot. However, it was very fast paced. I learned that this show choreographer preferred to teach movements to words rather then counts or beats which really can make a number amazing.

The guys were so nice and patient with our group and went over steps again and again until everyone felt comfortable with the motions. We even learned the words and tried to say them ourselves but with concentrating on the next step usually forgot. The time came to try with music and we thought we were ready but the music was from a past production of Guys and Dolls and much faster then the current pace of the song. 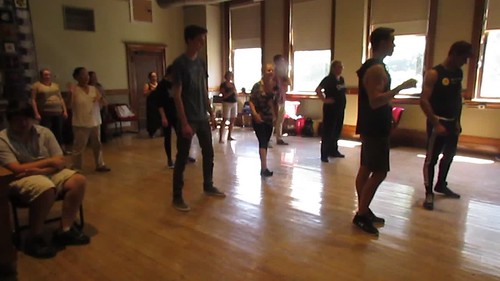 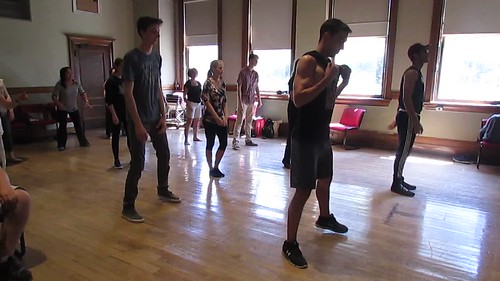 We attempted and muddled our way through the crazy fast music not knowing when to start and occasionally forgetting whats next, but that is not what matters. Dance to me is joy of moving one’s body and feeling freedom from it. I got that chance I always wanted and enjoyed every moment of it. 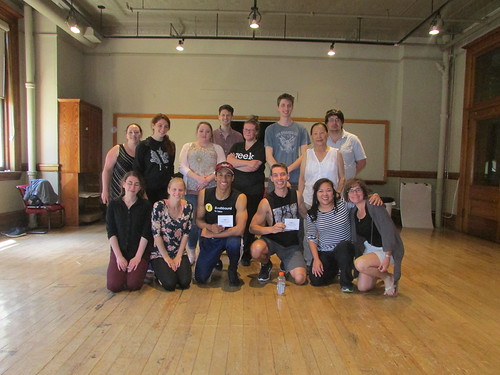